Members of the Club recruit from strictly specified organizations of the state executive and administration, from the medical sphere and from community organizations.

We contribute to mutual understanding among motorbikers. In addition, we participate actively in reducing undesirable social phenomena among motorbikers. By means of our conduct, we build up pride in affiliation with organizations the members of which work actively for the benefit of Czech citizens and the state itself.

During its existence, the Club went through a long and demanding period. We did not always succeed; still, we can be proud of some stages. Thanks to our own experience and learning from our own mistakes as well as from good practice, we are aware of the fact that we underwent a natural development of success and decline.

... AND WE CONTINUE ON THIS WAY

HISTORY OF THE CLUB 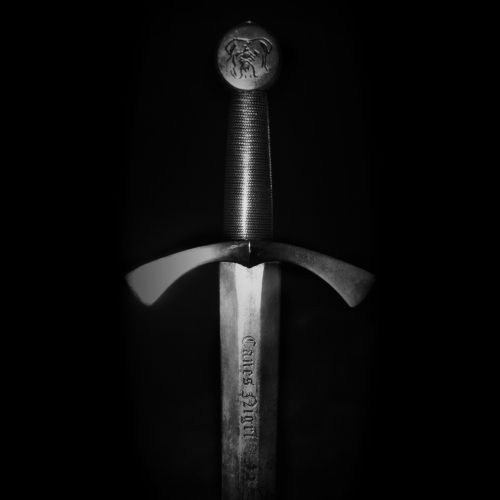 In that year, the idea of a motor club uniting policemen and soldiers of the Czech Republic came into existence. Initiators of a new sort of club were limited in information and they had no useful experience. Therefore, they addressed The Blue Knights in the USA and they received some instructions to establish a chapter of the club in the Czech Republic.

It proved soon that the creed, structure, and constitution of the Blue Knights membership were not exactly the right thing for the Czech kind of a club. Thus, they looked for new sources of information, namely in terms of “traditional” law enforcement clubs – in the USA once again, where this club movement had been well established for years. After considering all available information, a crucial decision was made in that year to establish a stand-alone and independent Czech motor club, which would transform gradually into a traditional law enforcement MC.

The newly selected name – The Black Dogs – was to profess its members’ work for the Czech Republic. The black and grey colours of the club badge symbolize the motto “As grey shadows, we fight against the black part of the society”.

The decision made on the nature of the club to be established was affected significantly by Czech specifics of the relatively enclosed and conservative motoring stage. In attendance of six founder members, “The Black Dogs International Police Motoclub” was established, which was denoted as the RC and designated by a one-piece back tab. The fast extending membership comprised workers of state administration executive units, of the army and of rescue units. The Club administration was organized into the chapters of Prague, Chrudim, and Zlín.

The Club gained solid ground on the Czech as well as on the international motoring stage in the subsequent years. Just to name a few: the “Tvrdá realita” and the “Bikers for children” projects, a presentation in mass media and at the “Motocykl” exhibition, public initiation ceremonies for new members.

The year was another extremely important milestone in the history of the Club. When foreign LE MC clubs had been consulted, all “pros and cons” had been considered, and after the Czech MC stage had been notified, the first LE MC club came into existence in the Czech Republic. It was The Black Dogs LE MC Czech Republic. Unfortunately, this action resulted in the first wave of departures of those members who were not willing to accept a certain risk as well as duties and discipline relating to the new status of the Club.

In an emotionally uptight atmosphere, the last four women members terminated their membership that year. They took the steps being aware of the fact that only then could all traditionally accepted and respected rules be fulfilled. Thus, the Club could definitely enter the large community of traditional LE MC clubs in the end.

Those years were a period of considering the establishment of an international association of LE MC clubs at the European level. The process resulted in the initiation of the LE MC Coalition establishment. In addition, the founder members of the European LE MC Coalition met in the Czech Republic. That action established the tradition of annual meetings of the expanding association of European LE MC clubs. From 2011 to 2015, The Black Dogs LE MC had the privilege of organizing the first five meetings; sort of exceptional events, which returned to the Czech Republic again in the year 2018.

The year was remarkably eventful for The Black Dogs LE MC. With regard to the changes in Czech legislation, the legal status of the Club transformed to become a registered association.

That year could be called a period of awareness and catharsis, as members who appreciated their personal profit, interests, and self-promotion better than the interests of the Club left in an undignified manner. They were willing to use disgraceful practices incompatible with the creed observed by MC clubs as well as by motorbikers in general.

At the same time, the LE MC stage underwent a considerably positive change in past years – on The Day of St. Wenceslas, a day remarkable for our republic, the Czech LE MC Coalition was constituted. It is their primary goal that the 99% MC stage majority continues developing itself in a dignified way so that LE MC clubs of the Czech Republic can gain respect and renown abroad.